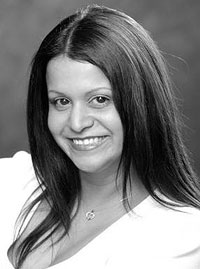 Lisa is a writer, producer, jazz vocalist and ballroom dancer based in Sydney – she’s really VA VA VOOM!  She regularly performs in the duo Enchanted.   She has been a featured dancer in music clips for UK band Terrorvision and Australian bands such as Grinspoon & Silverchair.

Lisa has co-created the world-first children’s educational entertainment production ‘CultureSplash™’ and its adult corollary ‘CultureConnoisseur™”. Apart from ‘Santa’s List’, she has written and produced the cabaret magic stage and floor show ‘Dancing at Christmas’ in a dynamic partnership with Michael Greensmith (magic) and Rebecca Kypri-Inacio (music).  Lisa also designs most of the costumes used in Free Radical Enterprises’ productions.

Lisa has another children’s show, 2 cabaret shows, a major musical and a feature film currently in production.

Lisa is passionate about driving social change through out-of-the-box human service innovation.  She provides strategic creative consulting services to  many not for profit organisations across Australia who service children, older people, people with disability and people with mental health issues. 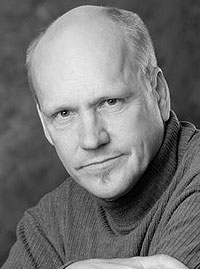 An in-demand Magician who builds his own illusions, Michael studied at the Australian Institute of Music and is the guitarist half of the jazz duo ‘Enchanted’. He has taught ballroom dancing and is a much booked Magician playing to corporate and public audiences throughout Sydney.

Michael performed at the Sydney Olympics Opening and Closing Ceremonies, has worked with Dirty Dicks Theatre restaurants and has appeared in a variety of films (such as ‘The Quiet American’ & ‘The Matrix’ I, II & III) advertisements and television series (such as All Saints & Home and Away).

A children’s performer with the extraordinary ability to educate in an entertaining way, Michael is the co-creator of the world-first children’s educational entertainment production ‘CultureSplash™’ and invents original magic illusions. He designed the magical illusions, set and AV set-up for the touring show ‘Dancing at Christmas’ in conjunction with Lisa Sampson (concept and script) and Rebecca Kypri (musical score and arrangements of all original music). 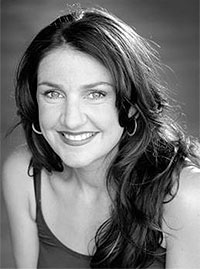 Rebecca has become a red hot Sydney-based composer – building on her enormous success as a musician, actor and choreographer.  Rebecca trained at the Ensemble Studios and has performed in a variety of professional studio productions around Australia for companies including Belvoir Street and the Sidetrack Theatre. She has also performed in professional touring shows at the Sydney Opera House, the Enmore Theatre and the Adelaide Colonial Theatre.

Rebecca wrote and produced the children’s musical ‘Showtime!’ which played to a packed season at the Ensemble Theatre.  Rebecca also wrote the score and arrangements for all the original musical numbers appearing in the ‘Dancing at Christmas’ in conjunction with Lisa Sampson (concept and story) and Michael Greensmith (magical illusions, set and AV set-up).